Keystone Chiropractic is a family practice, dedicated to family care. We believe in a comprehensive and balanced approach to wellness and are committed to providing the best care to each patient, whether your needs are acute, chronic, preventative or a combination of the three. Together, Doctors Garrett and Chelsea Haponski provide care from pre-natal, to pediatric and all the way to senior care. We utilize some of the most advanced technology to find how deeply the nervous system is affected and monitor our patient’s progress through care. 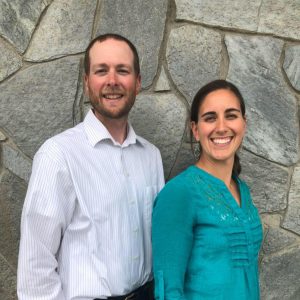 Dr. Garrett Haponski, D.C. grew up in Sarver, Pennsylvania and completed his undergraduate studies at Clarion University in Clarion, Pennsylvania. He continued his chiropractic education at Palmer College of Chiropractic in Davenport, Iowa –a leading school committed to ongoing excellence in the field. Dr. Garrett travelled to Brazil to treat patients at a mission clinic in 2006. Dr. Garrett graduated in 2007 and worked as an associate at Frankfort Chiropractic & Physical Therapy just outside of Chicago, Illinois in 2007-2008. Dr. Garrett started Keystone Chiropractic in 2009 to serve the community of Anchorage. Dr. Garrett specializes in Gonstead technique and Flexion-Distraction. He received his Certified Chiropractic Sports Chiropractic Certification in 2017 and has a passion for working with athletes.

Dr. Chelsea Haponski, D.C. is from Ketchikan, Alaska and is a fourth generation chiropractor—one of twenty-plus in the family. The framework for her chiropractic education was set during her time working in her parents’ clinic in AK; and further during her undergraduate studies in exercise and sports science, at Oregon State University (OSU). While at OSU, she worked in a motor clinic to help handicapped children improve their motor function. Chelsea went on to graduate Cum Laude in 2008, from Palmer College of Chiropractic, in Davenport, Iowa. Highlights of her studies included traveling to Madagascar to help treat families and orphans and being the first Palmer College student to serve as an intern at the National Naval Medical Center – Walter Reed Hospital in Bethesda, Maryland.

Dr. Chelsea has a passion for children, pregnant, and postpartum mothers. She is a mother of three children who have grown up with the Chiropractic Lifestyle. She is working toward her advanced certification as a Diplomate in Pediatrics and a BirthFit provider.

Dr. Chelsea and Dr. Garrett met at Palmer College and married before graduation. They promptly moved to Anchorage and founded Keystone Chiropractic in 2008. Both Doctors Garrett and Chelsea received their Certified Chiropractic Sports Physician (CCSP) Certification in 2017 and enjoy working with athletes of all ages and abilities.

When they aren’t working with patients to achieve optimum health, Doctors Garrett and Chelsea enjoy the outdoors, especially hunting and fishing with their children. Dr. Chelsea is active in the running community in Anchorage and enjoys competing in triathlons. 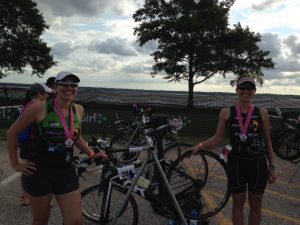 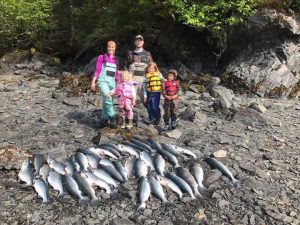 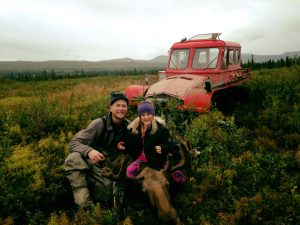